It is with great sadness that we report the untimely passing of Professor Donald RJ Singer on June 11th, 2022. 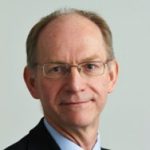 Donald joined the University of Warwick in 2003 as the founding Professor of Clinical Pharmacology and Therapeutics at Warwick Medical School, led the Hypertension Service at University Hospitals Coventry & Warwickshire NHS Trust, and was Co-Director of the European Society of Hypertension Centre of Excellence until his retirement at the end of 2013.

Donald was born in Forres, in the North of Scotland, on August 20th, 1954. After his early years spent with his family in Iraq and Bahrein, he returned to Scotland, where he was awarded a BMedBiol in 1975 and a MBChB in 1978 from the University of Aberdeen. After an initial training in Aberdeen, he moved to London where he trained at the Hammersmith Hospital, at the Royal Postgraduate Medical School, at Charing Cross & Westminster Medical School and at St George’s Hospital. He was awarded an MD in 1995 and FRCP in 2000. He held clinical academic positions at St. George’s Hospital Medical School where he served from 1989 to 2003, when he moved to the University of Warwick. He also held honorary positions at the NHLBI, Imperial College, London.

Donald’s interests included new approaches to personalising medicine, chemical and genomic research for the discovery of medicines and their harmful effects, prevention and treatment of hypertension and other disorders of the heart and circulation, and public understanding of health.

After retirement, his clinical and academic work continued relentlessly as President of the Fellowship of Postgraduate Medicine (2007-), as a member of the Faculty of Yale School of Medicine (working in Rwanda as a clinical pharmacologist on the Human Resources for Health Programme), as chair of the advisory board of Health Policy and Technology, as consulting editor of Clinical Therapeutics, and as a member of a working party of the European Medicine Agency.

His humanistic upbringing and inclination to the arts allowed him to span well beyond science. Whilst at Warwick, in 2009 he co-founded with Michael Hulse the Hippocrates Prize for Poetry and Medicine, which became an international competition and a formal Society in 2013 and won the 2011 Times Higher Education Award for Excellence and Innovation in the Arts.

Donald was a gentle, discreet, reserved character, full of interests and an amiable friend. He had many hidden talents. He was a keen linguist and spoke fluent French, German, and mastered some Italian. He played the violin in local orchestras and was a keen theatre and cinema goer. After retirement he relished his many passions, such as golf, tennis, bridge, plants, and wildlife.

He was a caring and affectionate husband, father, and grandfather.

On behalf of the British and Irish Hypertension Society Executive Committee, we express our deepest sympathy to his wife Fiona, a life-time companion in his earthly journey, and his children Emma, Ramsay and Eleanor. He will be sorely missed.